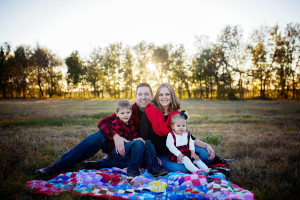 Eric Armstrong was born in Cushing, Oklahoma. He grew up in Olive, Ok and graduated from Olive High School in 2003.

During that time, God revealed to Eric that he was in need of a relationship with Him. He had grown up in church but that was not enough to have eternal life. He then realized that Jesus was all that he needed. He asked for forgiveness of his sins and placed his faith in Christ. Soon after, he was baptized.

Eric went on to attend Oklahoma Baptist University, graduating with a Bachelor of Arts in History. He then attended Southwestern Baptist Theological Seminary where he graduated with a Masters in Divinity.

Eric is married to his sweetheart Amanda and has two adorable children. He has served at Leach FBC since 2011, first as a youth pastor. Since 2015 he has served as senior pastor. In his spare time he enjoys spending time with his family, reading and playing basketball.